Who Will Get the First Prize? 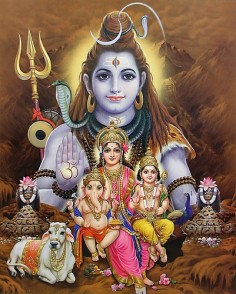 Once upon a time, Lord Shiva with his two sons, Shrī Kārtikeya and Shrī Gaṇesha, visited Lord Viṣhṇu in high heaven. In honor of Lord Shiva’s arrival, the whole heaven was decorated with celestial flowers of every fragrance, hue, and color. The capital, the metropolitan city of the immortal devas (gods and goddesses), was vibrating with the news of Lord Shiva’s arrival with his two sons. All the heavenly gods and goddesses were exceedingly happy. Lord Shiva, after all is not an ordinary guest, and he was coming especially to represent Mother Earth.

A great conference was organized under the auspices of Lord Viṣhṇu, and all the devas prepared a heavenly Nobel Prize to be awarded to one of the sons of Lord Shiva. The condition was that the heavenly Nobel Prize would be presented to the one who could complete seven rounds of the entire universe, could find the beginning and the end of the whole universe and be the first one to arrive back.

The news of this great competition for the heavenly Nobel Prize was received by the two sons of Lord Shiva with surprise. The contest began. Shrī Kārtikeya started his journey on the back of his vehicle, the peacock. He was traveling through each and every solar system, each and every star and zodiac sign and all the galaxies with great speed and power, while Shrī Gaṇesha, who was riding on the back of his vehicle, the mouse, was very slow in journeying. But he was very neat. He was observing everything.

On his way, Shrī Gaṇesha was seen by Shrī Nārada, who was his Guru. Shrī Nārada asked him, “Where are you going on the back of that mouse?”

Shrī Gaṇesha replied to his Guru, “I am going to find the beginning and the end of the whole universe on the back of my mouse.” 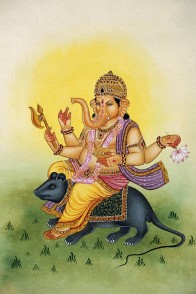 Then Shrī Nārada advised him, “You should go back and make seven rounds around Lord Viṣhṇu on the back of your mouse, because his the beginning and the end of the whole universe.”

Shrī Gaṇesha immediately followed the instruction of his Guru. He returned and made seven rounds around Lord Viṣhṇu, and then Shrī Gaṇesha stood in front of Lord Viṣhṇu very silently with folded arms.

Lord Viṣhṇu questioned him, “Oh, Shrī Gaṇesha, have you completed the seven rounds of the whole universe, including the beginning and the end?”

Shrī Gaṇesha replied, “Yes, I have completed my rounds of the whole universe seven times, including the beginning and the end. And you are the witness of this.”

Lord Viṣhṇu asked, “How did you do this? Tell me in detail before this whole heavenly assembly of gods and goddesses. We are all eagerly awaiting the extraordinary news, because until now nobody has been able to complete the seven rounds of the whole universe, including the beginning and the end.”

Then Shrī Gaṇesha said to Lord Viṣhṇu and the whole assembly of gods and goddesses, “I have completed seven rounds around Lord Viṣhṇu. He is the whole universe, including the beginning and the end.” And Shrī Gaṇesha continued, “Oh heavenly gods and goddesses, you all know this fact very well. You do not have to ask me how, when or why, because you were present when I was moving around Lord Viṣhṇu, the cosmic ‘I-Am’.”

Then the whole assembly stood up to honor the wisdom of Shrī Gaṇesha. Lord Viṣhṇu awarded him with the first heavenly Nobel Prize and granted him a boon, saying, “He who worships you at the beginning of any work will be assured victory in that work.”

And from that day, every man and woman in heaven and on earth who worships Shrī Gaṇesha at the beginning of their work with the mantra Oṁ Shrī Gaṇeshāya Namah (“OM, Salutations to Shrī Gaṇesha) is blessed with success.

What is the spiritual and moral application of this mythical story? It is that if you know “I-Am”, then you know everything, including the whole past, present and future, the earth and heaven, including their citizens and all of creation.

Here in this story, Lord Viṣhṇu is the cosmic soul, the “I-Am” of the whole universe, the para-psyche. The cosmic mind first has to recognize the cosmic soul. THen it can be successful and realize its purpose. Lord Shiva, the ocean of tranquility, the Absolute “I-AM”, has two sons, Shrī Kārtikeya, or universal power, and Shrī Gaṇesha, universal wisdom. Wisdom has to come first so that universal power can be used properly.

By meditation on “Who am I?” you will know everything in proper time, when your mind is saturated with divine love and kindness for the whole creation on earth and in heaven. Shrī Gaṇesha is your pure mind. Without purity of mind, whatever you do, your failure is certain, while with the pure mind, cosmic mind, whatever you do, your success is certain.

By Shri Brahmananda Sarasvati
“From Extrasensory Perception To Supreme Consciousness”

One who uses the body and mind properly in time and space, with proper motive for the common welfare of humankind, is the yogi and practicing yoga, weather he or she knows it or not. There is no choice between using and not using the mind. There is only the choice between proper and improper use, between unselfish and selfish purpose. One who uses the mind to unite humanity’s heart, not only to create unity between East and West, but to experience that unity with all existence — he or she is the yogi.

Accordingly, yoga has many branches, including physical, mental and spiritual forms and disciplines. In fact, each of life’s activities is yoga when performed in a natural, harmonious way, attentively, to balance and unite the body, mind and spirit.

What is the difference between science and yoga? Science deals with objective reality, while yoga begins with subjective reality and ends in transcendental reality. Science is involved with all types of discoveries and inventions, while yoga is interested mainly in the discovery of the discoverer, that is to say, the discovery of pure awareness, pure consciousness… the absolute “I-Am.” When you have the Self, pure consciousness, pure awareness, then you know the whole universe, objective and subjective, the past, present and future, because you are beyond time and space.

Now our old ways of living are dying, and humanity is searching for the new way. We have the choice between death and life. If we prefer to die, then we do not have to do anything. If we prefer to live, then we have to change our hearts completely from disunity and disharmony to unity and harmony. This transformation is the work of yoga. 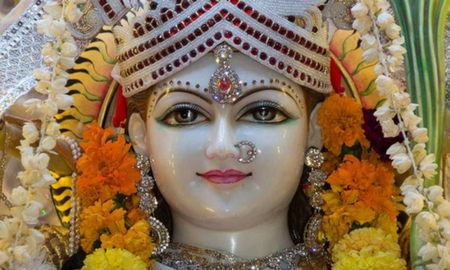 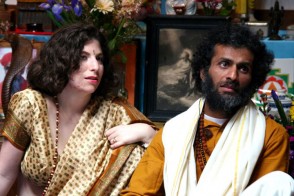 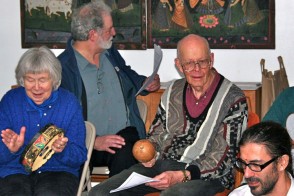